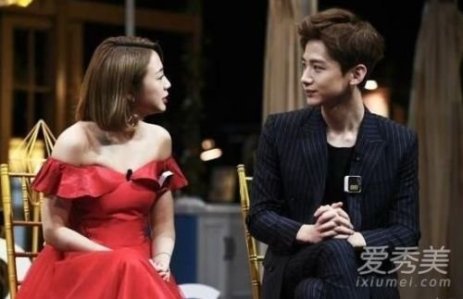 What happens when the introverted, shy and extremely smart Bai Jingting meets the extroverted, crazy and chaotic Guigui?

PoPo became popular after the broadcast of S1E8. A lot of viewers thought that they looked like the real life Kotoko and Naoki of Itazura na Kiss.

The two polar opposites has never stopped fighting, since the moment they met on the show and has taken every chance they can to tease and make fun of each other. But despite all of that, the two (almost) always have each other’s back. Whether its Guigui helping Bai Jingting when he feels uncomfortable around strangers or Bai Jingting comforting and holding the hand of the easily scared Guigui. During the show, viewers noticed how Bai Jingting slowly became crazier and relaxed after meeting Guigui and Guigui getting more feminine and calm after meeting Bai Jingting.

Despite never getting paired up as a couple (until S2E12), PoPo is the most popular ship of the show. The ship was so popular that the viewers begged the producers to let them play a couple, even if its just for one case. The producers fulfilled their wish in the final case of season 2. This however did not stop their hilarious fights. Bai even managed to tease Guigui during her accusation that he was cheating on her.

In real life, the two are just good friends and both admitted that they weren’t each other’s type. Guigui however admitted that PoPo CP will always have a special place in her heart.

PoPo is the combination of their nicknames for each other. While everyone calls Guigui by her character name or simply Gui on the show, Bai Jingting is the only person who calls her Guigui. And while everyone calls Bai Jingting by his nickname Xiao Bai, Guigui is the only person who calls him Baibai. The combination of the characters 白白Baibai and 鬼鬼Guigui results to their shipname 魄魄PoPo.

This site uses Akismet to reduce spam. Learn how your comment data is processed.